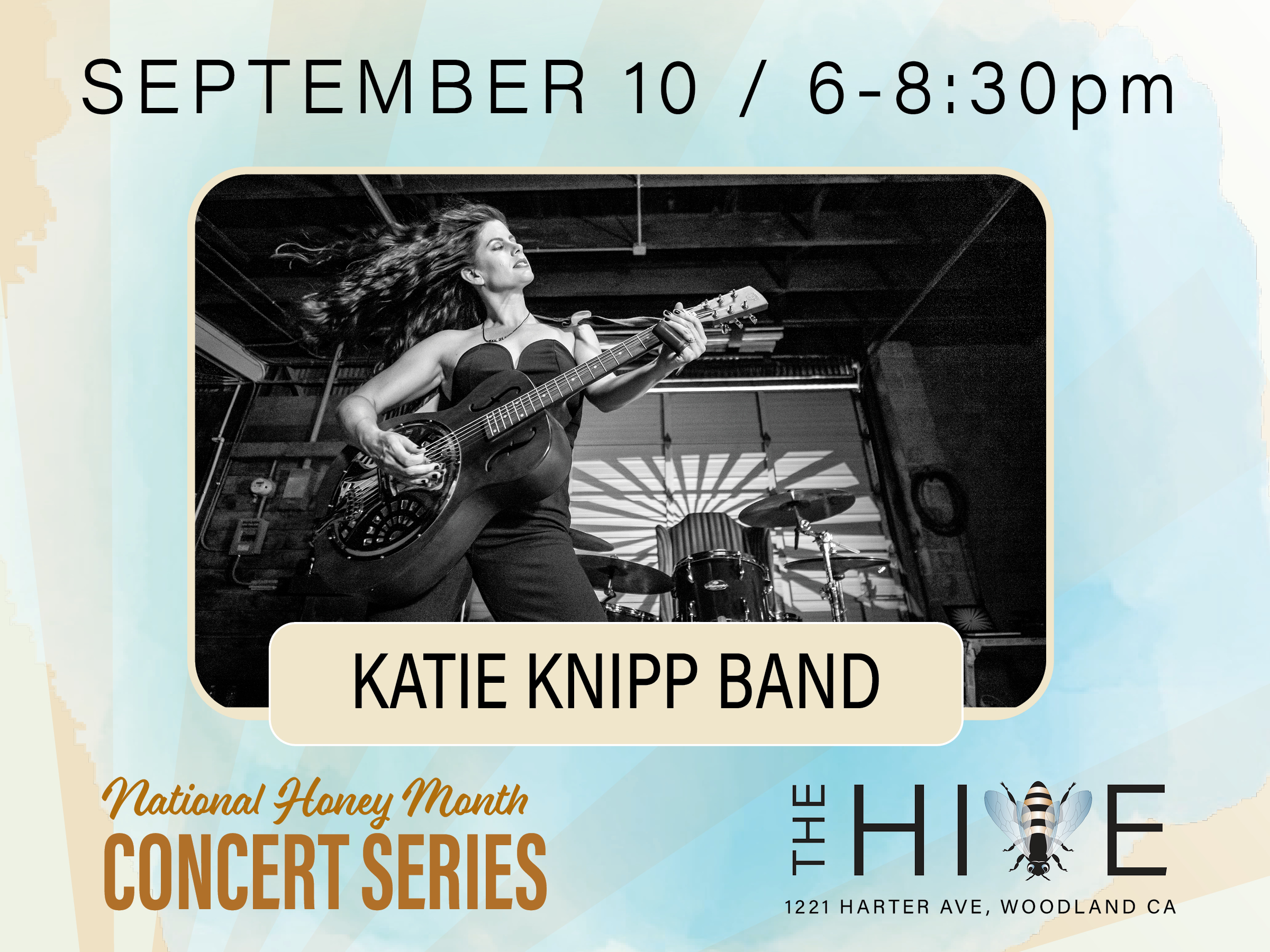 September is National Honey Month! We’re celebrating BIG this year with a concert series every Saturday from September 10-24, 2022. Check out all the bands playing and spend September at The HIVE with a FREE concert every Saturday.

A Young Elvis was asked who do you sound like? His reply, “I don’t sound like nobody.” The same could be said for Katie. This is a woman with the rarest of gifts- her own voice. 3 time top 10 Billboard Blues Albums artist (#9 “Katie Knipp Live at The Green Room Social Club,” #4 “The Well,” and #10 for “Take it With You,” ) Northern California Blues Americana Siren Katie Knipp is equipped with powerful vocals and plays a variety of instruments from boogie woogie piano to slide guitar, to honest harmonica laden stories in between. Her various performance formats from raw solo act to full band captures audiences hearts from her first notes. She has opened for Robert Cray, Jimmie Vaughan, Joan Osborne, The Hidalgos (David Hidalgo of Los Lobos), The Doobie Brothers, Tim Reynolds, Jon Cleary, Ruthie Foster, Joe Louis Walker, The James Hunter Six, William Duvall of Alice in Chains, among many others. She played the 2019 Mammoth Blues Festival as the only solo female act that included headliners Buddy Guy, Trombone Shorty, Charlie Musselwhite, and more. She has won two SAMMIES-2020 and 2019 (Sacramento Music Awards) for Best Blues Artist, and was nominated Artist of The Year by The Sacramento News and Review. She has been honored Female Artist of the Year in both 2021 and 2020 by the Country Folk Americana Blues Music Realm. She has gained worldwide radio support, putting her last 3 Billboard albums on the Roots Music Report for Top Contemporary Blues Albums spun (2018-present) as well as her BBC 2 Radio debut in February 2022. Her 7th album, “Katie Knipp Live at The Green Room Social Club,” released 6/10/22 worldwide and hit #6 on the Itunes top 40 Blues Albums Chart upon its debut.